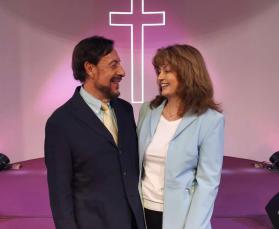 Pastor Chris Demetriou was born in Cyprus, he now lives in the United Kingdom with his wife Loraine.

Chris and Loraine are Founders and Senior Pastors of Cornerstone The Church, situated in Surrey, England. The church has a large congregation made up of forty one nationalities. It is a true representation of the multi-cultural society in which we live. The church is also well-known for its exceptional music and relaxed friendly hospitality.

Each Sunday service is filmed and broadcast weekly on the church's IPTV channel "Life Matters TV", and the Cornerstone website has over eighty thousand page requests every month, with most people accessing Pastor Chris’ sermon notes or listening to his audio podcasts on iTunes. His unique style and deep knowledge of the original Greek has made Pastor Chris a saught after public speaker. His weekly article "Wisdom Bites" is very popular globally, and he has over 18,000 followers on Twitter.

Pastor Chris often says he only serves up what he has already eaten, and this practical approach to helping people navigate the storms of life has impacted on the lives of tens of thousands of people. However, his prominent gift is the ability to process, filter and simplify universal laws. He loves to expound on Biblical Principles that contain the timeless wisdom he’s been able to discover through a combination of ‘hands-on’ experience, revelation and diligent study.

Pastor Chris is also a successful media entrepreneur. His full name is Christos Demetriou and he started his career in the music business - where he attained much success as a songwriter and record producer - having worked with many notable international artists. His professional history spans 35 years and incorporates multiple areas of business activity. He is insightful, intuitive and discerning, and he has excellent communication and interpersonal skills. ﻿

One of Pastor Chris' songs "Step On" appears in Q Magazine’s top hundred singles of all time, and the original version was eventually cited by The Guinness Book of Records as being the first sample ever used on a record. "Step On" was also used in the opening ceremony of the 2012 Olympic Games (as stated in the The Telegraph on 27/07/2012). From 200 million members, Pastor Chris had one of the top 1% most viewed LinkedIn profiles. 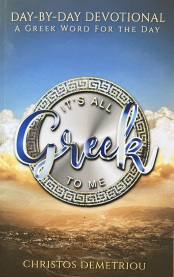